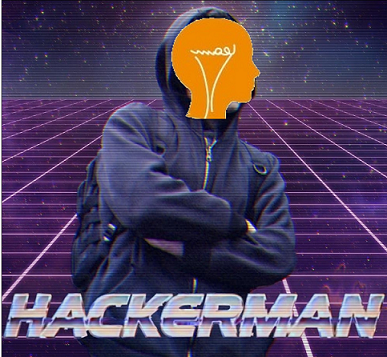 Contents
Abstract
I want to spoil this article so I’ll give away the punch line: just leave the house and study elsewhere.
Info
I originally named this “My Biggest Productivity Hack”, but I remember my blog is about SuperMemo so… Regardless, this “SuperMemo hack” should work across the board. More appropriately, it’s a productivity hack applied to learning/working.

It was never my intention to study at the library. It takes me 45 min so my total commute time is 1.5 hours. Why waste almost two hours when you can save the time by studying at home? But I have some awful upstairs neighbors who constantly make such noise. Now I have to thank them because leaving the house is one of my best productivity hacks.

I’d say most of us don’t have a clear grasp of the depth and gradation of our concentration power. Such judgment is like meta-memory: you don’t know what you don’t know. It’s very difficult to gain clarity on such transitory and subjective mental aspect; it’s like not knowing how addicted you are to your phone until you’ve downloaded some time-tracking app and realized you’ve been checking your phone 132 times a day.

Quote
An observer of the number of times I look at e-mail or investigate the refrigerator during an hour of writing could reasonably infer an urge to escape and conclude that keeping at it requires more self-control than I can readily muster. - Thinking, Fast and Slow:

Full of Temptations to Pull My Attention at Home

It’s unnecessarily difficult to be studying at a place where temptations are readily available. It’s setting yourself up for failures because the environment at the library is conducive to studying while the one at home isn’t.

The house is full of temptations: junk food, Internet access, comfy bed. It also doesn’t help that my desk is next to my bed. Too much freedom breeds chaos. The availability of (junk) food, Internet access, rest at home is just antithesis for productivity. Feeling frustrated? Grab that [insert your favorite junk food]. Feeling bored? Just check social media.

On the other hand, when I’m at the library, there is no junk food (at least not readily available), no Internet (I don’t connect to public WiFi). So essentially I have created a distance between myself and the temptations. If I am frustrated, I don’t fall into auto-pilot and open the fridge or grab my phone.

When I study at home, I have this (unconscious) pull of attention. It’s the place where I eat, sleep and chill. More specifically, the cues for sleeping, eating and relaxing are so strong that focusing and studying feel “off”: it just doesn’t feel right. The default mode at home is to relax, not to study.

On the other hand, the natural thing to do while at the library is to, well, study. When everybody is studying, it becomes the norm; gaming on your laptop is not. Procrastination is a deviation from that default and intended purpose. In this case, not studying feels “off”.

It’s true that I can stay extra conscious and mindful at home. When I feel the desire to quit studying and go grab a snack, I can breathe and overcome that desire for the 10th or even 20th times. Maybe I will succeed; maybe I won’t. But the bigger question is, “Is this necessary?” because if I’m at the library, the desire wouldn’t arise in the first place (because the library doesn’t have my fridge within walking distance… or any distance for that matter).

Again, from Thinking, Fast and Slow:

Flow neatly separates the two forms of effort: concentration on the task and deliberate control of attention.

Riding a motorcycle at 150 miles an hour and playing a competitive game of chess are certainly very effortful. In a state of flow, however, maintaining focused attention on these absorbing activities requires no exertion of self-control, thereby freeing resources to be directed to the task at hand.

Learning (or using SuperMemo) is a highly effortful task. Going to the library (hence eliminating a lot of distractions and temptations) reduces the effort to control your attention, so freeing resources to be directed to the task at hand.

Another thing is dedication. If you choose to get dressed, go through commute to arrive at the library, then you’re much less likely to procrastinate. This is similar to J.K. Rowling choosing to write in an expensive hotel. From the book:

[S]he was finding unbroken concentration increasingly difficult to achieve at her home office in Edinburgh, Scotland. “As I was finishing Deathly Hallows there came a day where the window cleaner came, the kids were at home, the dogs were barking,” It was too much […] She checked into a suite in the five-star Balmoral Hotel, located in the heart of downtown Edinburgh.”

Rowling’s decision to check into a luxurious hotel suite near Edinburgh Castle is an example of a curious but effective strategy in the world of deep work: the grand gesture. The concept is simple: By leveraging a radical change to your normal environment, coupled perhaps with a significant investment of effort or money, all dedicated toward supporting a deep work task, you increase the perceived importance of the task. This boost in importance reduces your mind’s instinct to procrastinate and delivers an injection of motivation and energy.

I’d tried to tackle all these problems one by one. Then it occurred to me that there’s one solution to solve them all: just leave the house. Once I’ve left the house it’s insanely easier to focus. I’ve never had such intense procrastination that I would say “screw it” and pack everything and go home. It’s not that I don’t ever procrastinate but rather given limited access to sources of procrastination, I can at least compose myself and focus again after checking my phone.

Also, I track the time I spend on every SuperMemo session. When I’m at the library, the feeling of “I should take a break” usually arises after an hour, sometimes even two hours. But when I’m at home, “I need to take a break” every 30 or even 20 min.

This article can be summarized in one sentence: do the right thing at the right environment.

Updated on 2022-03-24
Back | Home
Why SuperMemo Trashes Any Note-taking System (Including OneNote and Evernote) If SuperMemo/Anki Really is THE BEST Learning Tool, Why Isn't Every Student Using It?